At Galloway Bay Outfitters, we pride ourselves in being one of the foremost outfitters in Saskatchewan that specializes in specklebelly goose hunts. Our location provides us the opportunity to observe hundreds of thousands of birds migrating through each year. This allows for prime specklebelly hunting throughout the majority of the season.

A specklebelly hunt with Galloway Bay Outfitters will see a variety of top-of-the-line speckle belly decoys mixed with Canada’s, Snows, and Cranes as they can provide a mixed bag hunting opportunity. Hunting specklebellies in open fields as they leave the water and search for feeding grounds provide for many successful hunts. You can typically expect small groups to be coerced into a medium-sized decoy spread. Specklebellies are vocal birds and pairs or families can be drawn in from passing flocks and long distances with experienced calling. We rely on well-camouflaged layout blinds and experienced calling, along with properly scouted fields to yield many successful hunting opportunities. 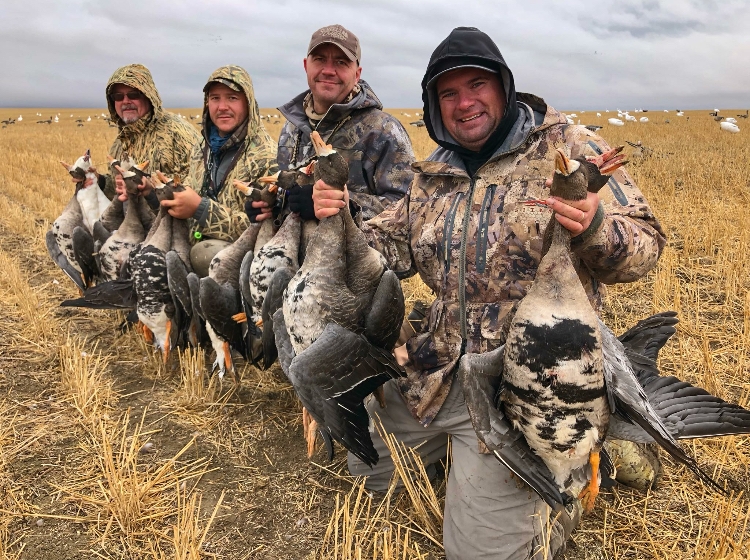 The daily limit of specklebelly geese is 5. The possession limit is 15/person.

The specklebelly Geese typically show up in mid-September, and will usually stay until the second week in October. After that, they are typically replaced by large flocks of Snow Geese and Ross’ Geese, numbering approximately 25,000 birds or more. 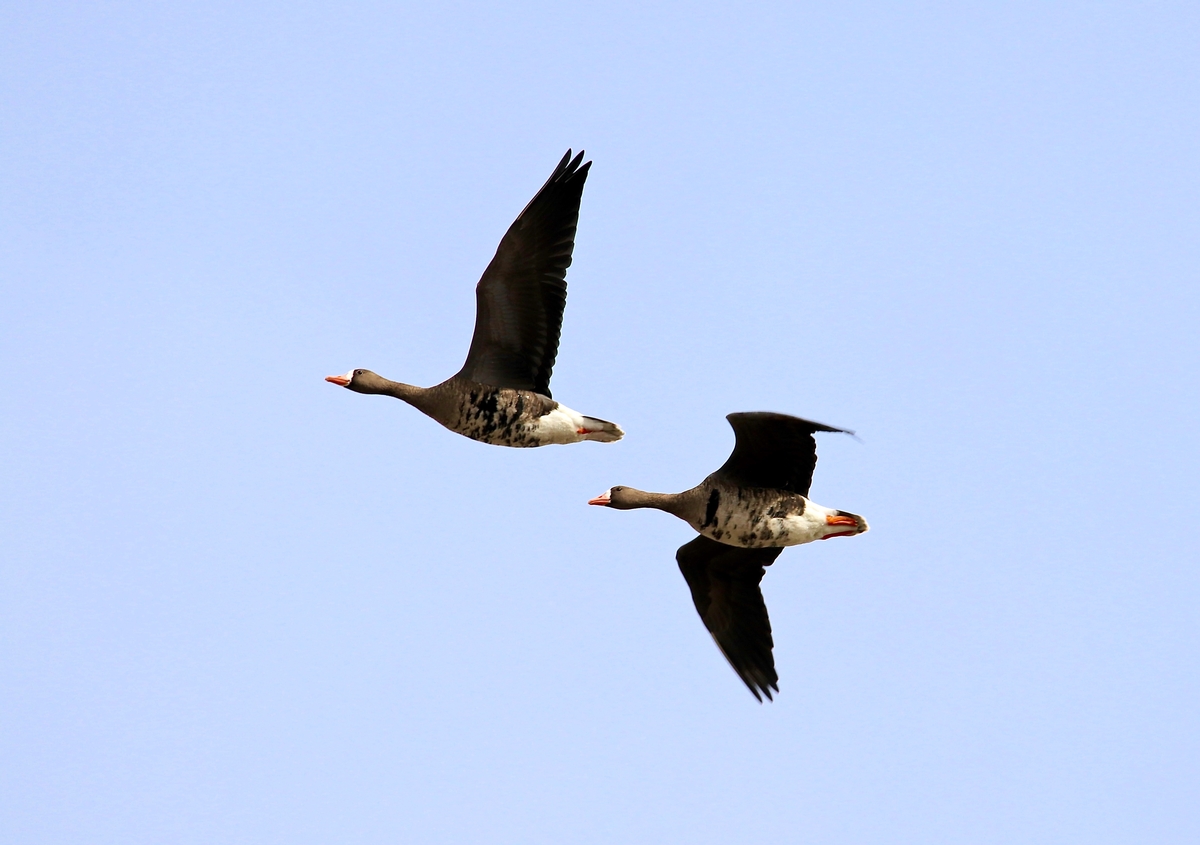 What are the specklebelly goose migratory patterns?

Galloway Bay and Miry Bay (across Diefenbaker Lake from Galloway Bay) are the most significant staging areas for the Greater White-fronted Geese (Specklebelly Geese) in the Canadian Prairies. An average year will see approximately 294,000 specklebelly geese recorded in the Galloway and Miry Bay regions. This accounts for approximately 38% of the average estimated fall flight of the mid-continent Greater White-fronted goose population. Some years will see upwards of 65% of the entire fall flight recorded in these regions.

At Galloway Bay Outfitters, we regularly enjoy specklebelly geese in a variety of recipes. The young geese are more tender, and can be enjoyed with simple recipes as long as they are not overcooked! The following is a favorite specklebelly goose recipe that is frequently enjoyed by hunters and our family.